Adjusting import and export tax on steel products as expected by the Ministry of Finance, according to VSA, will increase difficulties for domestic steel producers.

According to the proposal of the Ministry of Finance, the export tax on steel billets is expected to increase from 0% to 5%. As for MFN import tax on some steel products, the rate is 15% down to 10%; groups with 20% and 25% tax reduced to 15%. According to the Ministry of Finance, adjusting tax policy will partly reduce the price of construction steel, which has increased by 40-50% compared to the beginning of 2020, and promote businesses to reduce costs, in the context of rising raw material prices. high.

However, petitioning to the Ministry of Finance, the Vietnam Steel Association (VSA) said that the export tax on steel billet should not be increased, and the MFN import tax would not be reduced for finished steel products.

VSA's argument is that steel prices increase because of the world raw material market, not because of the impact of import-export tax policies, as well as trade remedies applied to steel products. 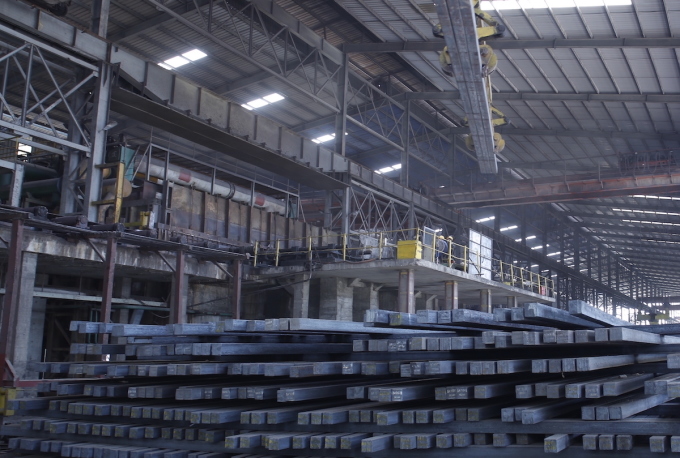 VSA Chairman Nghiem Xuan Da analyzed that most of the input materials for steel production (iron ore, scrap steel, coking grease, graphite electrodes...) are imported, and when the prices of these materials increase The sudden high in the global market immediately affected Vietnamese manufacturers, causing prices to be pushed up.

China is completely dominating the world iron ore price with 70% of global seaborne ore imports. The country also stepped up investment to serve after the Covid-19 epidemic, so manufacturers actively stocked and imported production materials... In addition, the fear of rising tension between China and Australia also contributed. push up iron ore prices.

"The selling price is balanced according to the world market, when the price of input materials rises too high and too fast, it will affect the manufacturer because the price cannot increase accordingly, not being able to carry all the cost of raw materials," said owner. VSA president said.

This is a natural adjustment phenomenon of the market rules, and the fact that the world steel price has turned down continuously since the end of May until now.

On the other hand, changing tax policy now increases the difficulties of domestic manufacturers. Due to the impact of Covid-19, many localities social distancing, construction works stopped, so the situation of steel consumption decreased continuously. In June, domestic sales of finished steel decreased by 20% compared to May. But if excluding hot rolled coil growth, domestic sales dropped sharply, 28% and 22% respectively. Domestic steel prices have also decreased for more than a month.

According to VSA, the current steel export is the direction to expand the market to continue maintaining production and business, ensuring jobs for workers, and bringing in revenue for businesses, in the context of complicated epidemic developments.

In the first half of this year, steel exports earned $4.9 billion and $6.1 billion in 2020, contributing to reducing the trade balance deficit and increasing export turnover, creating jobs for hundreds of thousands of workers. country.

Another reason stated by VSA is that the change in tax policy at this time will cause steel to flood in from outside, threatening the production of domestic enterprises which are facing difficulties.

Moreover, VSA leaders argued, import and export tax policies in general, including steel, are long-term policies that contribute to boosting the domestic manufacturing industry, not short-term solutions. to handle the phenomenon of temporary market rise and fall.

"The tax adjustment as drafted by the Ministry of Finance will increase difficulties for domestic steel producers. The government needs to have consistent policies to protect the domestic manufacturing industry," Mr. Da emphasized.

16/07/2022 | Đăng bởi admin
The cost of transporting import and export goods increased continuously, in which the method of transportation by air increased 10 times compared to before the epidemic.