Rice exports to the US skyrocketed

In the first 5 months of the year, rice exports to the US grew by 71.3%, the strongest increase among countries importing Vietnamese rice.

In the first 5 months of the year, rice exports to the US grew by 71.3%, the strongest increase among countries importing Vietnamese rice.

According to the Ministry of Agriculture and Rural Development, the export volume of rice in the first six months of the year reached 3.52 million tons and 1.72 billion USD, respectively, up 16.2% in volume and 4.6% in value. .

The Philippines is still Vietnam's largest rice consumption market in the first five months of the year with 43.6% market share. Rice exports to this market in 5 months reached 1.27 million tons and more than 589 million USD, up 34.8% in volume and 17.7% in value over the same period last year.

Along with the Philippines, the US is a market that increasingly prefers Vietnamese rice. Especially, in the first 5 months of the year, the amount of rice exported to this country increased by 71.3%, the highest increase among rice importing countries of Vietnam. According to the US Department of Agriculture - USDA, this market is very fond of fragrant, long-grain rice like Vietnam's ST25. This is the type of rice that has been imported to the US for nearly 2 years.

Similarly, the EU is also a region that increases imports of high-quality rice from Vietnam. In June, for the first time, 500 tons of rice branded "Vietnamese Rice" by Loc Troi were exported to Germany, the Netherlands and France for the first time. In France, the above brand of Loc Troi is sold at Carrefour - the largest supermarket chain in Europe. 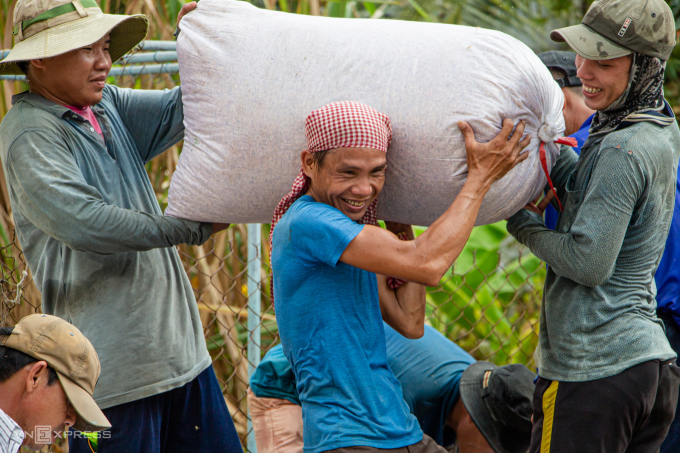 Although being favored by the US and European markets, Vietnamese rice still faces many challenges when rivals Thailand and India are selling rice at cheap prices due to the country's currency plummeting.

Currently, Vietnam's 5% broken rice is at $418-423 a ton, up $3 from last month. Supply is increasing, but according to the Department of Agricultural Products Processing and Market Development, consumption demand tends to decrease.

The Vietnam Food Association (VFA) forecasts that, despite the fluctuating import market and strong competition, Vietnam's rice exports this year are estimated at 6-6.2 million tons, equivalent to 2020 and 2021. with a value of over 3.2 billion USD.

According to the Ministry of Agriculture and Rural Development, this year's rice exports will maintain a good rank as Vietnam's rice industry is increasingly improving in quality. This industry continues to be the mainstay to help the agricultural sector set the target of reaching export turnover of over 50 billion USD.