"The Queen passed away peacefully at Balmoral Palace this afternoon. The King and Queen will stay at Balmoral tonight and return to London tomorrow," Buckingham Palace announced at 6:30 p.m. on September 8 (0:30 a.m. today). 9/9 Hanoi time).

Prince Charles , 73, who was first in line to the throne at the age of three, is now King Charles III. His throne will be officially announced at St James's Palace in London as soon as possible. 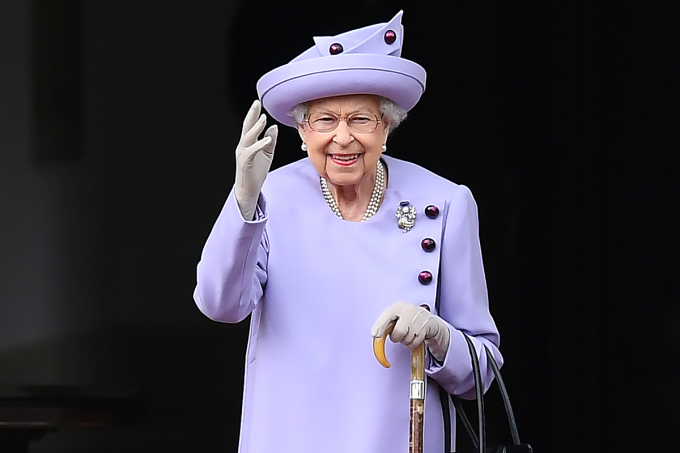 The news comes hours after Buckingham Palace said doctors were concerned about the Queen's health and that she needed medical observation. Following the announcement, the Queen's children Prince Charles, Princess Anne, 72, Prince Andrew, 62, and Prince Edward, 58, immediately went to Balmoral Castle to be with her. Her grandson Prince William was also present.

Britain will hold 10 days of national mourning in memory of the Queen.

As Queen of the United Kingdom, as well as head of the Commonwealth of 54 countries, Queen Elizabeth II is the most famous head of state in the world with a very long reign.

Queen Elizabeth II came to power in 1952 at the age of 25, after the death of her father, King George VI. In June, the United Kingdom celebrated her 70th anniversary of Platinum Reign, longer than any other monarch in the country's history. Her husband Prince Philip died in April 2021 at the age of 99.

The Queen was hospitalized last October for health problems and doctors later advised her to rest. The Queen then made headlines for using a cane in public for the first time since 2004. She also limited her appearances at more public events.

In February, the Queen was confirmed to be infected with nCoV, causing concern because she was in a high-risk group. Buckingham Palace then issued a statement saying she had only mild flu-like symptoms, but the Queen later shared that she felt tired and exhausted from the virus infection.

In May, Queen Elizabeth did not attend the opening of parliament for the first time in nearly 60 years due to travel difficulties.

Concerns about the Queen's health increased when she withdrew from an online meeting with the new government's new ministers on September 7, after doctors told her to rest. Just a day earlier, the Queen received Liz Truss and officially appointed her Prime Minister of the UK.

In photos from the appointment, the Queen is smiling but looking weak and leaning on a cane, with a dark bruise on her right hand.

Television and radio stations interrupted the daily program to broadcast the news of the Queen's death. The national anthem "God Save the Queen" is played. Flags are flown at half-staff and church bells are rung in memory of the Queen.

For most people in the UK, Queen Elizabeth is the only monarch they know, an unchanging image on stamps, banknotes and coins. Small in stature, but an icon of popular culture, she always stands out in brightly colored outfits, pearl necklaces, gloves and handbags.

During her reign, she witnessed many world upheavals, from the Cold War to the 9/11 terrorist attacks, from climate change to the Covid-19 pandemic, from handwritten letters and steamboats. water to email and space exploration. She is considered the living embodiment of post-war Britain and the link between the present and the past.

As the head of one of the most famous families in the world, she enjoyed immense public support throughout her life, even during the backlash following Princess Diana's death in 1997.

More recently, the British Royal Family has been rocked by statements made by Prince Harry and his wife Meghan about racism in the royal family. She also endured a scandal involving her second son, Prince Andrew, a friend of billionaire pedophile Jeffrey Epstein.

The British were shocked to realize when her reign would end after the Queen lost her beloved husband. However, the British royal family has long been preparing for the Queen's death and the process of Prince Charles' succession has been expedited.