Vietnam's 5% broken rice price is currently down to 390-393 USD per ton, down 25 USD compared to the previous month, lower than Thai rice.

According to the Center for Informatics and Statistics (Ministry of Agriculture and Rural Development), in the first eight months of the year, rice exports reached 4.73 million tons and 2.3 billion USD respectively, up 18.6% in volume. and 8.1% in value over the same period in 2021.

Output increased well but export rice prices continued to go down. Specifically, the price of Vietnam's 5% broken rice in August was at $390-393 a ton, down $25 from the previous month and the fourth consecutive drop. Currently, the price of Vietnamese rice is lower than that of Thailand due to weak demand and abundant supply from the summer-autumn harvest. Thai rice prices increased by $4 a ton in August, while Indian rice rose by $1 per ton.

Continuously decreasing, the average export price of Vietnamese rice in 8 months is estimated at 487 USD per ton, down 8.8% over the same period last year. 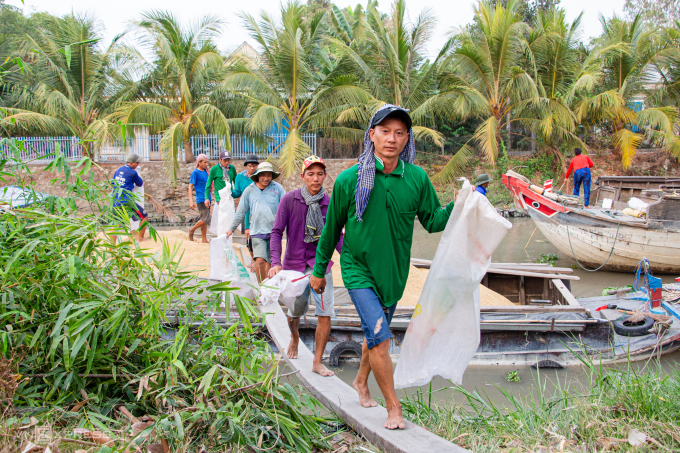 Currently, the Philippines is Vietnam's largest rice consumption market with 46.4% market share. In the first 7 months of the year, rice exports to this market totaled 1.98 million tons and over 924 million USD, up 56.9% in volume and 39.8% in value over the same period last year. During this period, the value of rice exports to the US market increased the most with 67.6%.

Domestically, the price of ordinary rice in the Mekong Delta provinces recorded an increase, while the high-quality variety tended to decrease. Specifically, in An Giang, regular rice increased by 100-200 VND per kg compared to the previous month, while high quality rice decreased by 200-300 VND.
Resource: Vnexpress