Prime Minister Olaf Scholz said he was impressed with the resistance of the Vietnamese economy and believes that this is an important destination for many German and European businesses.

Speaking at the Vietnam - Germany business roundtable on the evening of November 13, Prime Minister Olaf Scholz said that Vietnam is part of Asia's abundant trading and raw material supply network, with the impressive resistance of economy during the pandemic. He assessed this as a very important destination for many German and European businesses.

The world economy will only succeed when countries take advantage of all available capabilities and potentials, the German chancellor said. This is true for Vietnam, a country with abundant raw materials and qualified workers. He was very happy when the EU-Vietnam Free Trade Agreement came into effect and affirmed that this is the basis for the two countries' economies to recover and develop together, creating mutual trust in economic cooperation. 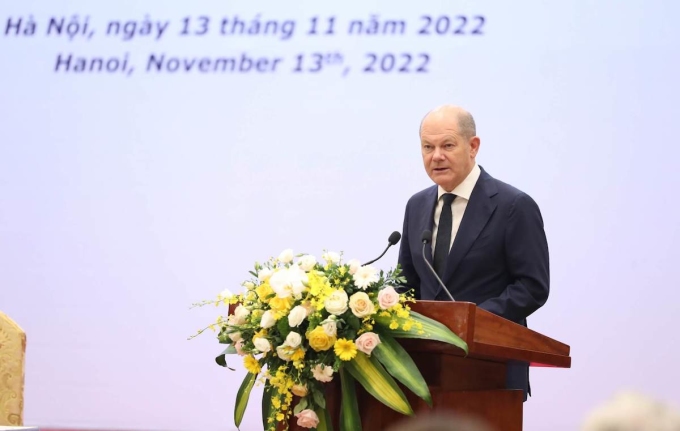 Mr. Olaf Scholz said that many German businesses now want to find partners to cooperate in economy, infrastructure, energy... In the field of training, many vocational training programs in Vietnam are being implemented according to the model. model of Germany, and at the same time receive the help of German enterprises.

In this respect, Prime Minister Pham Minh Chinh suggested the German Government and businesses continue to support Vietnam in cooperation and technology transfer; research and development; develop cooperation programs to train and improve the quality of human resources; digital conversion...

Prime Minister Pham Minh Chinh said that the potential for economic cooperation between the two countries is very large with many favorable factors.

In the context that the economic growth of some countries in the Asia-Pacific region has decreased and many supply chains have been broken, the Prime Minister wants German businesses to shift their investment to Vietnam - a safe investment destination. safe, attractive with stable political background, competitive cost, abundant human resources, favorable business environment.

"The Vietnamese government is committed to sharing, accompanying and creating all favorable conditions for German businesses to invest in effective and sustainable business in the spirit of harmonizing benefits, sharing difficulties and risks," said Mr. Prime Minister Pham Minh Chinh said.

He believes that trade and investment cooperation will continue to be an important pillar in the Vietnam-Germany relationship, and at the same time a driving force to bring the strategic partnership between the two countries to a new height. 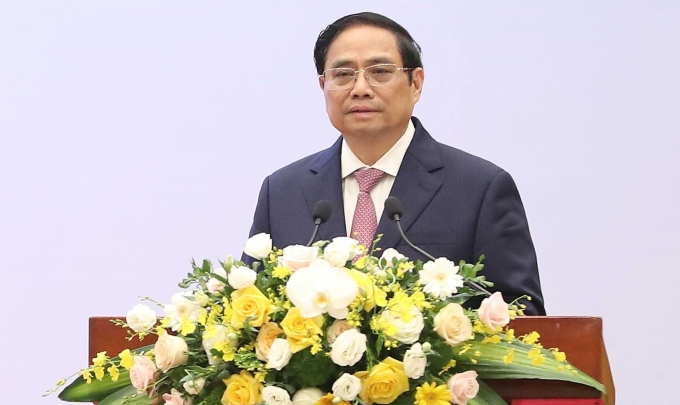 According to Prime Minister Pham Minh Chinh, Germany has identified Vietnam as a global partner in its development cooperation strategy to 2030. Therefore, Vietnam wants this country to support the completion of institutions and policies to approach , mobilize green financial resources, especially from G7 countries and international financial institutions. This is to help Vietnam promote green growth, build a green economy, respond to climate change, and fulfill its commitments at COP26.

Germany currently has 437 investment projects in Vietnam with a total FDI capital of 2.34 billion USD, an increase of 2.87 times compared to 2010; is the 18th largest investor out of 141 countries and territories investing in Vietnam. Germany has provided ODA of more than 2 billion USD to Vietnam. Investment projects of this country focus mainly in the manufacturing and processing industries (52.1%) and energy (27.8%).

CPV Food is about to export chicken to Japan