Top prosecutor’s office has recommended that the divorce granted to Vietnam’s coffee King and Queen should be overturned due to errors in the trial process. 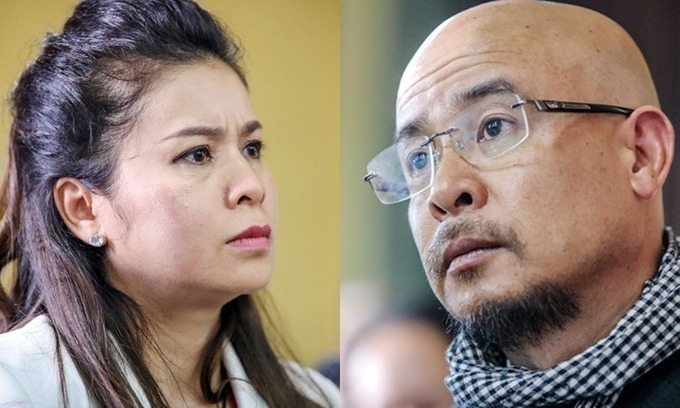 Le Hoang Diep Thao (L) and Dang Le Nguyen Vu. Photo by VnExpress/Thanh Nguyen
Top prosecutor’s office has recommended that the divorce granted to Vietnam’s coffee King and Queen should be overturned due to errors in the trial process.

The six-year legal battle between Dang Le Nguyen Vu, founder and chairman of the coffee giant Trung Nguyen, and his wife Le Hoang Diep Thao could be revived after the Supreme People's Procuracy said the latter's rights had been overlooked during the trial.

It said the appeal court used an asset report furnished by Vu but not confirmed by Thao, and so the valuation of their assets needs to be done again.

The court of first instance had also been wrong since it used an expired business valuation report to divide the asset between Vu and Thao, it added.

Thao, a businesswoman, wanted to get a stake in Trung Nguyen as alimony, but the court decided on a financial settlement, which violated her "right to do business," it said.

The decision was also "inappropriate" since it flouted gender equality norms, it said.

There is no ground for the court's claim that "If Thao were to continue to manage and operate Trung Nguyen Group, the company will face difficulties and thousands of workers would be affected," it said.

The court did take into account Vu's responsibilities as a husband set out in marriage and family laws, it said.

Thao should get a higher portion of the assets, and the HCMC People's Court should hear the case again, it added.

She asked for 51 percent of Trung Nguyen Investment, the holding company that owns a majority of shares in Trung Nguyen Group.

She agreed to give Vu her shares in four other companies under the Trung Nguyen brand.

The Supreme People's Court ordered in May last year that Vu would get 59.1 percent of the combined assets of VND7.93 trillion ($345 million) while Thao would get the remaining 40.9 percent.

As for shares in the companies, valued at VND5.65 trillion, it ruled that they should be split 60:40 in Vu's favor and he would retain management of Trung Nguyen.