Many experts warned that the 1997 financial crisis would repeat when the yen and yuan continuously weakened against the dollar.

The yuan and yen recently depreciated sharply against the USD due to the difference in monetary policy between the US, China and Japan. This is threatening the position of Asia - a favorite destination for investors who want to take risks.

"The renminbi and yen are considered major anchors. Therefore, the depreciation of these two currencies can destabilize other currencies used in trading and investment in Asia," said Vishnu Varathan – Director Head of Economics and Strategy at Mizuho Bank commented, "In some ways, we are heading towards a global financial crisis. And the next step could be the Asian financial crisis if the devaluations take place. continue".

China and Japan have great influence in the region, as both are large economies and have extensive trade relations. China has been Southeast Asia's largest trading partner for 13 consecutive years, according to government data. Japan is also a major exporter of capital and credit. 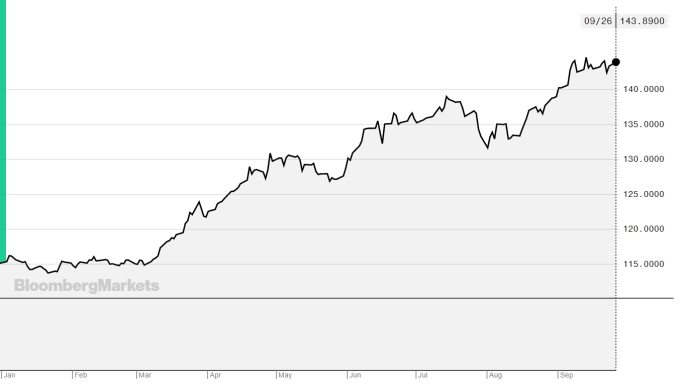 A plunge in the currencies of Asia's two largest economies could turn into a crisis if it sparks foreign capital outflows from the region. Besides, this can also create a dangerous race to lower prices, causing a drop in demand and consumer confidence.

"For Asian countries, currency risk is a bigger threat than interest rates," said Taimur Baig, chief economist at DBS Group. witnessed a repeat of the 1997, 1998 crisis".

In financial markets, the influence of Beijing and Tokyo is even greater. The yuan is increasingly used in Asia, according to research by BNY Mellon Investment Management. Meanwhile, the yen is the third most traded currency globally. Therefore, a weakening yen will have a big impact on Asian currencies.

Last week, the yen broke the 145 yen mark to the dollar, for the first time in more than 20 years, after the Fed announced a fifth rate hike in a row. Yen only partially recovered after authorities announced the intervention. However, this move is unlikely to reverse the current downtrend that is so pronounced.

The yuan earlier this month also broke the 7 yuan mark to the dollar. The reason is the pressure from monetary policy in the US and slowing growth in China (because of the Zero Covid policy and the real estate crisis).

According to Jim O'Neill, a former economist at Goldman Sachs Group, some special milestones, like 150 yen to a dollar, can cause fluctuations on the same scale as the 1997 Asian financial crisis. Others The rate of decline is more important than these price levels.

A rapid decline in the yen and yuan "could quickly drag down other currencies in the region," said Aninda Mitra, head of Asia investment strategy at BNY Mellon Investment Management. going deeper will cause trouble for the rest of the countries."

Of course, there is no guarantee that further depreciation of the yuan and yen will cause financial volatility. Compared to the 1990s, Asian countries are now much more financially stable. They have large foreign exchange reserves and less USD borrowing.

However, risks are always present. "The most affected currencies belong to countries with current account deficits, such as the Korean won, Philippine pesos and Thai baht," said Trang Thuy Le, a strategist at Macquarie Capital (Hong Kong). "If both the yen and the dollar fall, the pressure will shift to buying dollars and a need for shelter with those heavily associated with emerging-market currencies, she said.
Resourse: Vnexpress