China, the US, and Japan race to import Vietnamese crabs

Not only China, but the US and Japan also increased imports of Vietnamese crabs, causing the price of this commodity to reach a record high.

A month ago, many shops said that large-sized crabs over 500 grams per head were very scarce because traders collected and exported them all.

Mr. Hoang - who specializes in selling Ca Mau specialties - said that the price of crabs in the square (where farming) is currently 400,000-600,000 VND per kg, up 20% compared to the previous month. The price is high, customers are constantly asking to buy two crabs per kilogram but there is no product for sale.

Surveys at other seafood stores in Ho Chi Minh City also show that the retail price of crabs with two heads per kilogram is 900,000 VND. This is the highest price so far this year.

Not only crabs, Mr. Thai, the owner of a seafood shop on Pham Van Chieu Street (Go Vap), Ho Chi Minh City, informed that blue crabs of 3-5 heads per kg are currently very scarce. "Every day, my store can only import 3-5 kg, the selling price is up to 800,000 VND per kg," he said. 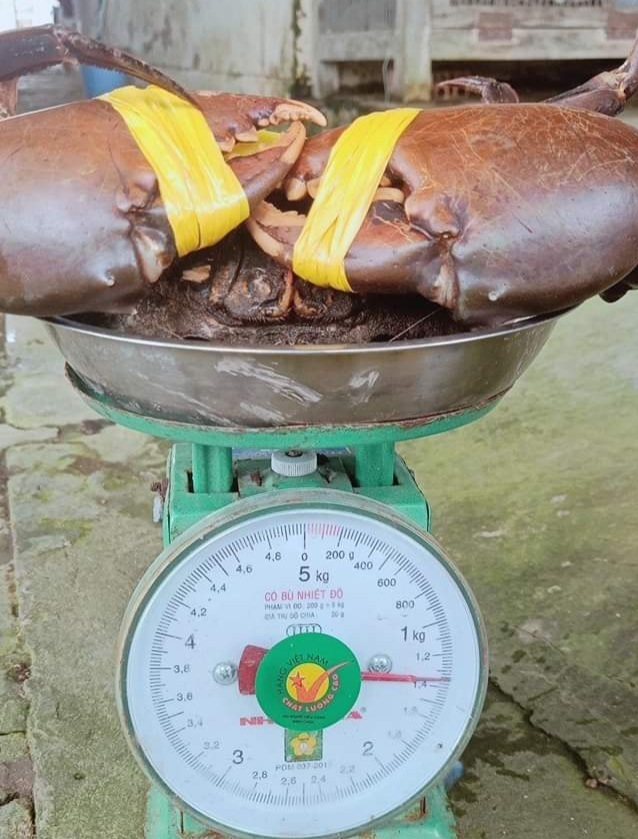 Mr. Thai said that prices of crabs and crabs increased sharply due to reduced supply, while other countries increased imports. "Currently, large-sized crab lines are mostly prioritized for export, so there are quite a few domestic goods," he shared.

Specifically, until July 15, crab exports to China increased the most with 76%, reaching 37 million USD. This is Vietnam's second largest crab market after the US. During this period, the US imported more than 38 million USD of crab from Vietnam, up 27% over the same period last year.

Following is Japan and France, respectively, with an increase of 51% and 60% compared to the same period in 2021. Currently, Japan is the country that imports the most crabs from Vietnam in the market that participates in the CPTPP Agreement. And France leads in the EU in importing Vietnamese crabs.

According to the Vietnam Association of Seafood Exporters and Producers - VASEP, the world's increasing popularity of Vietnam's crabs has made the export of this product grow simultaneously in leading markets. In addition, the US, China, and France have fully reopened after 3 years of being affected by Covid-19, so export activities are easier.

This agency forecasts, in the second half of the year, when the demand for major holidays such as Christmas and Lunar New Year lasts, the price of export crabs will still fluctuate and the export value will also increase sharply.